17 Best Durian Cakes in Singapore You Should Check Out 2021

22 Best Bakeries in Singapore you should check out 2021 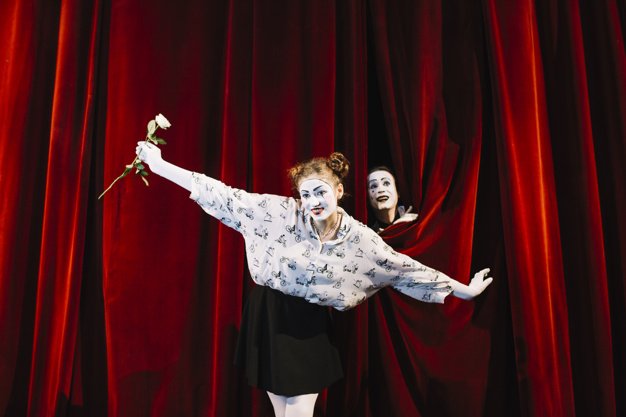 When the world seems not to be getting any better as far as the current global situation is concerned, sometimes all it takes is laughter to make things slightly better. Well, if you are looking for a good laugh, there are several good local comedians here on the island that might just crack you up. Whether you are into stand-up comedy or you fancy funny short clips and movies, then this post is for you.

This post will give you an idea of what local comedians you should follow and maybe you might end up laughing your lungs out regardless of the depressing mood the world is going through right now, tag along!

Chia is a powerhouse in the comedy space here in Singapore. Her decision to get into comedy must at some point left people questioning her judgment given that she left the law to venture out into comedy, crazy right! However, this is among the many reasons that she is well-loved among her audience because of her sheer grit and determination to pursue what she wanted. Over the last couple of years, she has performed in numerous shows that she describes as the best part of her life.

She does her comedy in New York and most of her content is inspired by her life as an Asian. Through her unique perspective of American life through the eyes of an Asian woman, she is able to compare and contrast the experiences in her rib-cracking comical ways. This lawyer turned comedian has won several awards including Gotham Comedy Club’s Funniest Lawyer Competition and Ladies of Laughter Newcomer Winner in 2016. What stands out most in her stand-up comedy, is the interweaving of storytelling amid telling jokes that moves her audiences.

This is one of the funniest local comedians you could come across in Singapore. He reached the heights of his career when he made it to the top 10 list of the Funniest Person in the world competitions held in Helsinki Finland. By no means is this an easy feat considering the contestants come from the entire globe. You may also know him from his stand-up comedy special on Netflix dubbed ‘But Almost Banned’. This outspoken comic is no new face when it comes to trouble. He got into some trouble with the authorities because of some comical comments he made about the Malaysian prime minister. However, this did not slow him down, in fact, it was just but a minor speed bump on the road.

He went ahead and delivered more comical observations about the Malaysian community in general on several stages in Singapore. However, despite having controversies here and there, you will agree with me that his comical sentiments will make even a person with the least sense of humour burst out into laughter. He hosts stand-up comedy nights at Kanvas Club and Kilo lounge. Here are his social media handle and contact just in case you want to find out what he is currently into.

Who doesn’t love funny women? Well, if you are a fan of female local comedians then you surely know of Sharul Channa. This brilliant mind neither depends on accents or age-old stereotypes for jokes. Sharul has a way with words and can easily convert any scenario into a joke that will leave you on the floor. She derives inspiration from general life experiences, the psyche of men, and also the idea of life and death. She is one funny woman, getting her hands dirty is not in her DNA, she did a good job in showcasing her witty and humorous side in a recent tour she did in India.

If you haven’t already, check out her one-woman comedy monologue called ‘Crazy Poor Sita’ that also serves as a fundraiser for ‘AWARE’. She has been invited severally by the Melbourne International Comedy festival on their comedy roadshows. One thing you might not know about this brilliant woman is that she was initially trained in acting and even began her career in performing arts before finding her way into comedy. She never misses talking of her husband Rishi Budhrani’s support and encouragement for her to join him in stand-up comedy. Her first-ever stand-up comedy show was at Comedy Masala. Keep tabs on her social media platforms.

Different from what his name might suggest, trust me his shows are not here to Jinx your night. In fact, you will leave there more elated than you came in. So if Yeo is not busy touring the world on all the major comedy shows, for instance, Melbourne International Comedy Festival, New Zealand Comedy Festival, or Sydney Comedy Festal, he is always here at home producing his comedy shows. It would sometimes seem that everyone wants to get a piece of him given all the tours around Europe he gets. Let not the geeky appearance fool you, what lies beneath the appearance is a mind full of thigh-slapping laughs inspired by his east meets west comparisons and also hysterical sexual references and observations.

His conservative Asian upbringing and interaction with other countries are usually a good background to where the inspiration for most of his original works come from. By virtue of his travels around the globe Jinx occasionally performs at The Merry Lion whenever he gets a chance and but most of his works are on his comedy show Comedy Kampong. Get in touch or follow his social media to learn more about his works and whereabouts.

He is just but one-half of the comedy power couple that everyone loves seeing doing stand-up comedy. Rishan is the winner of the 2012 international comedy competition and also the husband to Channa. Between the two couples, Rishi was the first to venture into stand-up comedy between the two. In fact, Channa has repeatedly mentioned that it is through the encouragement of her husband that she also got into stand-up comedy as well. He has made several appearances on comedy channels, for instance, Stand-up Asia.

Just to mention a few of his achievements, he has headlined several comedy shows in different countries including India, China, and Australia in 2019. You might have also seen him on the 3-part series ‘Unexpected Journey’, his major partnership with the Singapore tourism board and Singapore Airlines. While the comedy couple is both masters of their craft, Channa admits that their creative processes differ. While she takes a more organized and calculated approach Budharani is quite spontaneous. Budhrani’s social media and contacts should be the best place to get notified on what’s cooking and staying posted.

Of course, the above local comedians by no means represent the entire comedy industry. However, the above-reviewed comedians are just but a few and the best on the Island. So the next time you are having a bad day and want to have a laugh, look for some of their previous projects or check whether they are having a comedy night near you and go have the best night of your life!

10 Best Places With The Most Delicious Foie Gras in Singapore

10 Best Italian Restaurants in Singapore To Satisfy Your Cravings 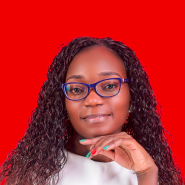 I’m an accomplished and detail-driven content writer with copious experience in producing compelling, engaging and flawless content for a variety of blogs and websites for several years.