Best 13 Dessert Deals in Singapore to satisfy your sweet tooth 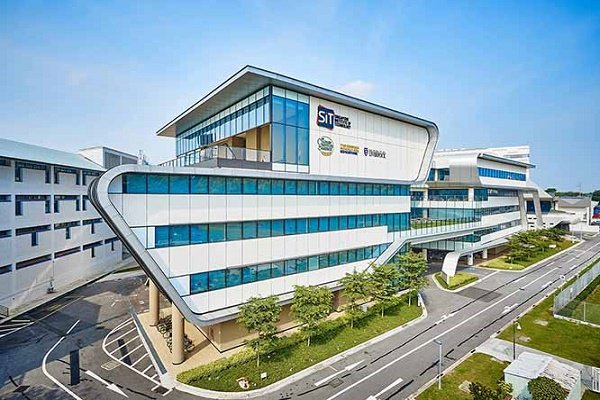 LGBT stands for; Lesbian, gay, bisexual, and transgender. Across the globe, the LGBT population frequently is exposed to discrimination and biases in home, social, and academic settings. According to studies, LGBT students and faculty members are likely to feel less comfortable with their environment. Singapore colleges have come up with an organization named the Inter-University LGBT Network.

The organization’s role is to ensure there is safe and inclusive in schools for all students, staff, and faculty regardless of one’s gender identity and sexual expression. The network has created awareness within the colleges, which has helped the community understand gender and sexual diversity. Also, the Inter-University LGBT Network conducts research that advocates for safer and more inclusive institution policies.  There is a need for colleges to have an active stance against LGBT harassment and discrimination and have an environment that is safe for all gender.

It was established in 1905. It is one of the best Universities in Singapore, which are LGBT friendly. This university is a member of the Inter-University LGBT Network. NUS creates an inclusive environment for all school communities through support and outreach. LGBT community has several activities they undertake all year round. For instance, the Inter-University LGBT Network hosted Queer mixer in NUS, where they focused on mitigating harassment and bullying among the LGBT students.

LGBT community at NUS is everywhere, and they don’t feel discriminated against for their sexual gender identity. Even though the University has done tremendous work in supporting the LGBT community, there is more to be done to improve on concerning LGBT rights.

Nanyang Technological University (NTU) is a research-intensive public university in Singapore founded in 1980. In Singapore, residents were negative toward gay and lesbians. Although there is a shift over the years, they have accepted and become more positive towards the LGBT community, according to research conducted by NTU.  In fighting against discrimination among LGBT students, the University has an official student organization.

The University Wellbeing Centre has played a significant role in providing professional counselling and psychological well-being to the LGBT students who have been affected by discrimination and ignorance.  The University Wellbeing Centre there is Peer Helping Program (PHP) under it. PHP is trained and promotes psychological well-being, support-seeking mindset, and positive self-care among all students.

Singapore Management University has strived to maintain a campus free of discrimination and create an inclusive environment for all gender. The University has a centre called Women and LGBT Center; it empowers students and creates awareness for them to understand gender equality. Also, the centre has given voice to the LGBT community where they can air their issues, eliminate barriers, and creating a safe space for all.

Besides, the University has gender-inclusive restroom facilities for LGBT students. Every week, a peer Trans and Non-binary group have discussions covering a wide range of topics related to being transgender. LGBT mentorship program connects students, faculty, alumni, and community.

This College was established in 2011. The College came up after working jointly with Yale University and the National University of Singapore.  Yale NUS College has adopted ways to accept the LGBT community despite strong-rooted cultural norms. The campus has gay-rights activism.

Leaders of the college student group create awareness on issues about gender, sexuality, and feminism. Yale-NUS has a student group called G spot that hosts events such as Ally Week, which aims to promote allyship within the College. At Yale-NUS students state that there is strong support from the school, there is no isolation. G spot groups get financial support from the institution.

Tembusu College has made an effort to include LGBT individuals through the formation of tFreedom. The chief objective of the group is to build a more inclusive college. Through tFreedom they organize events that educate matters concerning gender and sexuality; students and all community within the Tembusu College can understand issues on LGBT issues through there awareness creation.

tFreedom through Safe Word wing also hosts meetings with LGBT students where they are free to air views and create a safe space for them. There is Spectrum wing; it provides guest talks and discussion groups that facilitate on gender and sexuality.  Finally, tFreedom is the central pillar that supports LGBT in Tembusu College and promoting an inclusive environment.

Singapore Institute of Technology came into establishment in May 2009. It is the first university of applied learning. Dr Ingrid Wilson, a professor who is an academic and researcher, has come up with strong policies preventing gender-based violence.

Singapore University of Social Sciences offers a course on gender issues. The University considers itself a home away from home for Lesbian, Gay, Bisexual and Transgender students. It has a centre that welcomes those who have been questioning their gender identity. The centre offers peer mentorship, space to study, and socialize.

Also, University’s staff is ready to help LGBT students feel discriminated against or harassed based on gender identity. This broad step of having policies and practices among the team has led to inclusiveness in the campus.

Cinnamons College has an organization called Gender Collective, and this group is inclusive of all gender and sexual identities who come together for discussion. It provides a safe space for the LGBT community where issues are addressed relating to these groups. It discusses how the rest of the Cinnamons community should connect with LGBT students and provide a conducive environment.

9. Singapore University of Technology and Design

Singapore University of Technology and design, students and staff can fully participate regardless of their religion, race, age, gender identity, and sexual orientation. The University is committed to offering support and equitable services to all students.

LGBT students are provided with counselling and health care. Also, it has strengthened policies and programs on transgender inclusion and advances gender equity. LGBT students at Singapore University of Technology and Design also participate in the community where they reach out to the community and work with trans teen.

National Institute of Education, students, staff, and faculty are included and welcomed. The University has facilities and buildings which cater to the LGBT community. The academic course of gender and development is also studied at the University; It involves learning about LGBT issues and bringing a better understanding. This program has made everyone in the University feel respected and supported regardless of their gender identity. Although the University is listed as among the top LGBT-friendly colleges has put in place strategies to improve and make the campus more inclusive.

In conclusion, the Inter-University LGBT Network has done an excellent job supporting and empowering LGBT students across the Singapore colleges. Although not all universities and colleges that have accepted this network, they need to adapt it for more inclusive education. There is a need to incorporate LGBT issues and gender courses within colleges; this will help students have discussions on what LGBT means and accept all those who fall into those categories. 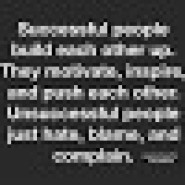