Don’t let your night be boring. Invite your friends to chug a booze while playing the best drinking games in Singapore:

Soju is a popular Korean alcoholic drink with a sweet taste that makes Singaporeans love it too. If you’re drinking and soju is part of your stash, then you should try this simple yet fun game!

Don’t throw your bottle caps and put them to an exciting use. You might have noticed that Soju’s bottle caps have a long strip that extends. What you need to do is to twist the strip until it’s close to coming off. Then, each of you will take turns in flicking the strip. Whoever flicks it off gets a punishment – a shot. But, you can also tweak the mechanics a little and make the flicker the game’s winner!

What you need: A soju bottle cap only!

You’ve probably watched Titanic, but have you tried the drinking game adapted from the famous movie? Well, if you haven’t yet, we’re here to spill out the mechanics for you and your friends to enjoy!

First, get a glass full of beer. Place a shot glass on top, then fill it with soju (yes, soju again. We obviously love this drink, don’t we?) until the shot glass is close to sinking. Once the shot glass is stabilised, players will take turns in pouring a small amount of soju into it. The player whose pour causes the floating shot glass to sink loses and will chug the concoction as a punishment.

Trivia: Soju plus beer equals Somaek. It is a portmanteau of soju and maekju (beer) in Korean.

What you need: Soju, beer, shot glass, and a large beer glass. Don’t know where to get the best beer? Check out our list of the best craft beers on the island through this link.

Did you know that your favourite snack isn’t only for ice creams and desserts? Pocky can be partnered with drinking too! Originating from Japan, this game will put you in an awkward yet fun drinking situation.

To play the Pocky drinking game, two players will bite one Piocky stick end to end. As they get closer while nibbling the stick, the player who chickens out, stops, and pulls back first is considered the loser.

While this game might get you all awkward, some think this is a great opportunity to get closer to someone – if you know what I mean!

What you need: Pocky Japanese snacks. You may purchase one from Don Don Donki or 7-Eleven stores nearby.

When you’re tipsy, your response time may not be as quick. Your mind may wander and wander, which is why you should definitely try this game: Pin Pon Pan! It’s a Japanese drinking game that requires nothing but you and your quick wit.

To start the game, one player shouts “Pin”. The one on his left says “Pon”, followed by “Pan” by the person next to him. Basically, persons sitting next to each other complete the “Pin Pon Pan” sequence.  The person who said “Pan” shall point to anyone in the circle to start another cycle. If you’re caught unaware, or you delay saying “Pan”, you take a shot.

This game may sound easy peasy, but when you’re tipsy, this may be a game full of laughter and unattentiveness!

What you need: Nothing! Just you and your attention.

If you’re wondering what the Image Game is, it is the Korean version of the popular “ Who’s Most Likely To” game. This game, like Pin Pon Pan, doesn’t need any props for you to enjoy.

As a twist, if you think you’re gonna take the shot, you can block the votes by crossing your arms like an X! When this happens, all the players who pointed you take a shot.

Things can escalate when you guys are drunk. Statements can get as fishy, but remember, it’s just a game! Don’t take it too seriously and enjoy the rest of the drinking.

What you need: Just like Pin Pon Pan, no materials are needed to play this drinking game. If you want a list of statements you may use in this drinking game, check this link out. You may opt to download a Google Play app, too! The free “Most Likely To” app contains questions for your Image Game.

“Osama” is a Japanese term which means “king”. If you wanna own the throne and play this game, all you’ll need are sets of chopsticks.

First, label all chopsticks according to the number of players. Then, one stick will be labelled “Osama”, and whoever picks this Osama-labelled stick becomes the king of the round. He then has the power to create dares and hilarious antics for everyone in the group!

The “Osama” of the round can come up with wholesome dares, but who knows, he may also give out extreme instructions! Once the command is done, all players should place their chopsticks back and redraw.

The “Osama” game is definitely a unique and blithesome way to enjoy your night with your friend. No wonder it deserves to be part of our list of the best drinking games to try in Singapore!

What you need: Chopsticks and a marker

7. Never Have I Ever

Have you ever tried playing this game? If yes, take a shot. If not, you’re free! Basically, that sums up how this game works. Have done it? Take a shot. Haven’t yet? Don’t drink.

You can either play this game with cards, or you can make up any “Never I have ever” statement you like. These cards are available on online shops in  Amazon, Shopee, and Lazada. But, if you prefer to take it easy and have a convenient list of statements, you may check out this article from Cosmopolitan UK.

What you need: You may use playing cards or you may opt to come up with any random Never Have I Ever statement!

No, you won’t need ice cream here. This next entry is a Korean drinking game that’s very simple and easy to play.

You just have to start by counting 1 to 31 in order. Players take turns in saying numbers, but you may shout up to three numbers depending on your strategy. So, you can say “One!” and any player can say “Two, Three, Four!” next. And yep, whoever lands with the number 31 takes a shot.

What you need: Just cooperation and a lot of counting!

While playing Jenga when you’re sober is already fun, drunk Jenga is even more entertaining! With funny and crazy challenges written on each block, you’ll surely enjoy drinking with your pals.

As to how the usual game goes, each player has to take a block from the pile using one hand (No extra hands, please!). Afterwards, the player puts it on top of the pile. If the stack of Jenga blocks falls, he takes a drink and picks up two blocks. These blocks have corresponding dares which the loser should perform. Make sure to write fun dares to level up the game!

If you’re drinking with a large group, then consider playing King’s Cup. It is a popular drinking game that gets the fun even more elevated and stirred.

The game is pretty simple: just pick one from a deck of cards. Every card has a specific instruction, so make sure to keep your eyes on the list. The more shots, the better!

What you need: Playing cards and your favourite booze. If you don’t have playing cards, here’s good news: you can download the King’s Cup app for free via Google Play!

Truly, there are a lot of fun drinking games that you may try. You don’t need a lot of resources ’cause most of these games can be done with an app, our with your crazy fun ideas! Don’t hesitate to comment below how your game went. We will be very happy to hear your thoughts! 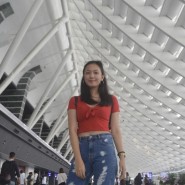